Fake Traffic: How to Spot it, and Why Never to Buy it

Traffic. We all want more of it for obvious reasons. The more traffic a website generates, the bigger its audience and the greater its earning potential becomes.

All traffic is not created equal, however.

There are entire companies devoted to deceiving publishers and advertisers alike by selling traffic that isn’t even real, often times unbeknownst to any of the parties involved.

What is fake traffic?

Fake traffic is traffic generated by click farms, bots or software, not by humans. Fake traffic is used to artificially inflate ad revenue by making a site’s audience appear greater than it is in reality. An astonishing amount of ad impressions are served to fraudulent visitors.

If an advertising network identifies a website’s traffic as fake, it will likely result in suspensions or even bans on the publisher’s advertising account once violations are uncovered. 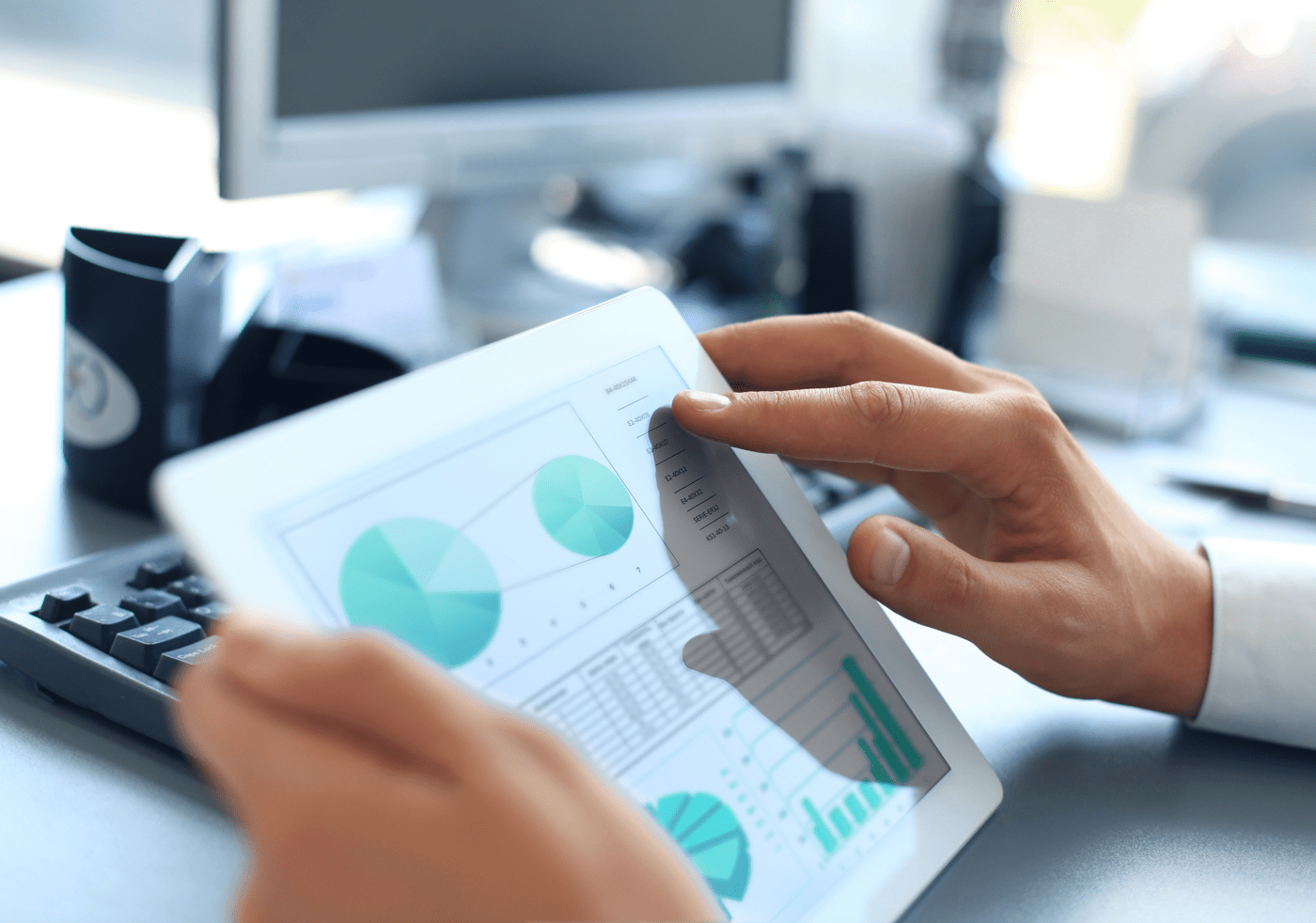 How can you identify fake traffic?

It’s not always simple, but Google Analytics is a great place to start. Check out the following factors under Audience Overview for possible warning signs:

Mediavine conducts a thorough vetting of every applicant using this same data, and our Site Health check in your dashboard may also spot abnormalities if you’re suddenly seeing red.

You can also glance at your own statistics and see if anything is amiss on a routine basis. Here’s a snapshot of the Google Analytics from one of our sites. See traffic source #10: 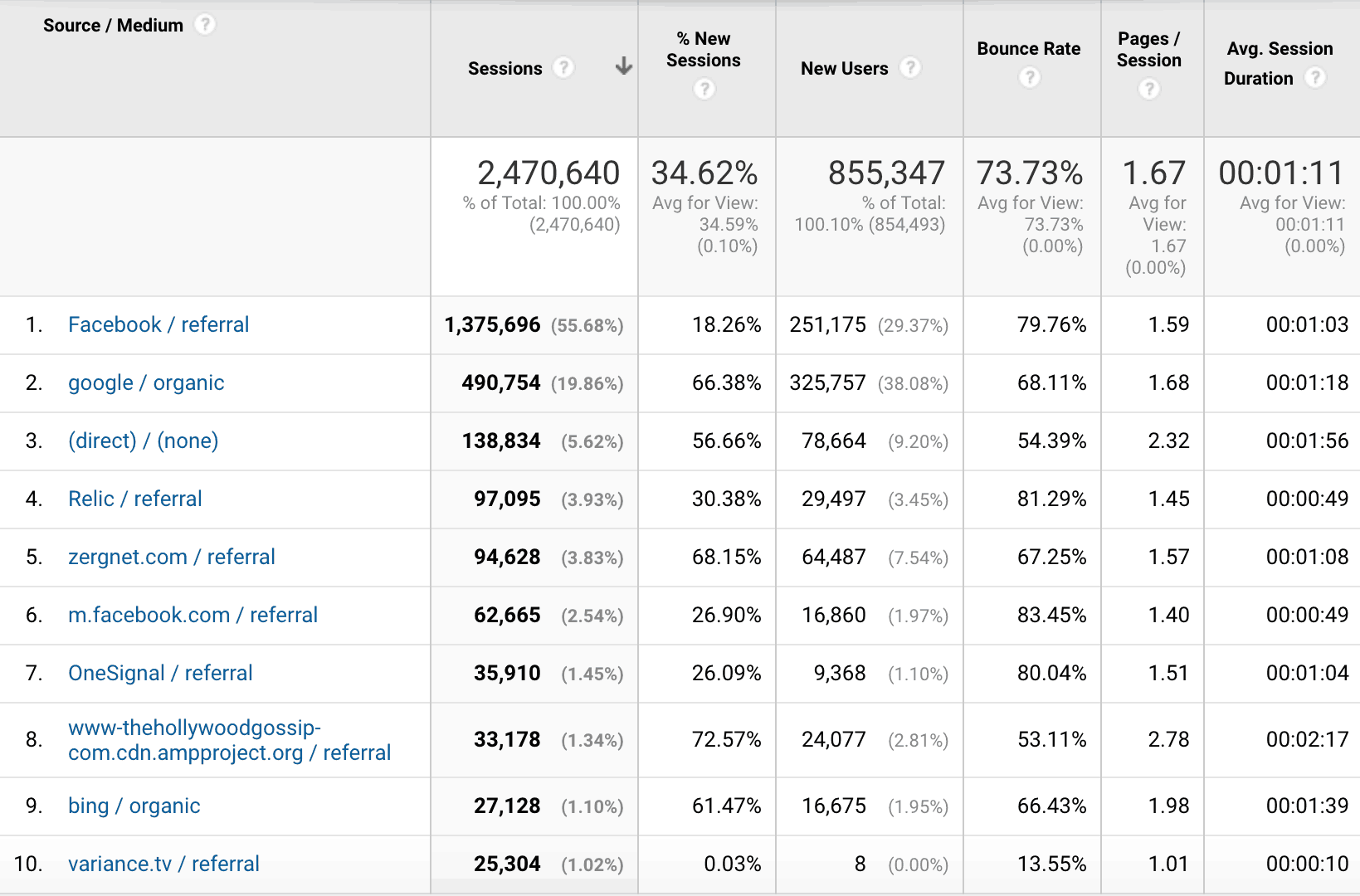 While no single metric tells the whole story, if you pay attention to the irregularities, you’ll begin to see how all the pieces work together and know when to maintain a healthy skepticism.

Many factors can skew one statistic or another, but in the case of this particular fake traffic source (variance.tv), it was flying just about every red flag out there.

NOTE: We did not buy this traffic. (Yes, you can buy traffic a number of ways, which we’ll get into in a moment). Many (probably most) times, fake traffic is simply spammers sending bogus pageviews to your Google Analytics to either get your attention and induce panic, or to mask or inflate their own traffic numbers, hoping you won’t notice.

In any event, your ads are not loading and no one is visiting your page. If you see something like this, don’t panic, but take action sooner rather than later. Ads and earnings will not be affected, but your reporting will be; See the extreme case below, in which RPMs plummet as Google Analytics counts all the artificial sessions with no ad impressions to show for them: 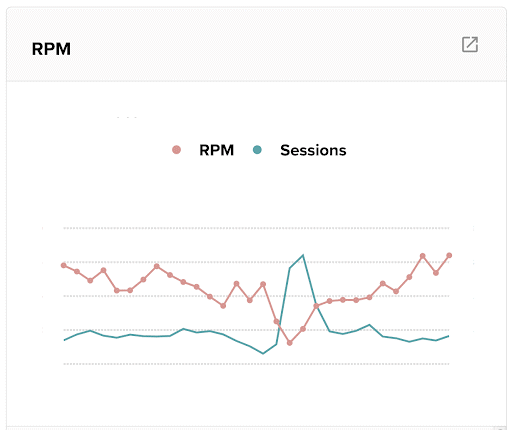 See our guide to filtering out Google Analytics referral spam for more on how to eliminate bots on the reporting end. Also, in case this doesn’t go without saying:

Do not buy fake traffic.

No one selling fake traffic calls it fake traffic, of course, but there are loads of low-cost traffic generators out there. Their deals sound too good to be true, and they are. Most use software to send valueless hits. Some are click farms in non-English speaking countries. Others employ traffic sourcing methods that are surprisingly sophisticated.

Plenty of sponsored networks, PR firms and even reputable-sounding social media influencers offer to bring publishers a set number of visitors for a flat rate or on a cost per click basis. While these often sound like legitimate businesses, in many cases they won’t fully disclose their techniques because the traffic they’re sending isn’t real.

If you don’t understand their methods and can’t throughly establish the origin of traffic, it’s better to avoid all such offers and focus on growing traffic organically. It’s not worth a potential ban from every advertising exchange, and likely won’t monetize regardless, if you don’t know who you’re buying from or who’s coming to your site.

Or, if you want to buy real traffic, prepare to pay accordingly. Sponsored Facebook and Instagram posts, along with verified social media influencers, represent a terrific opportunity to market content to legitimate users. Most importantly, you’ll be able to verify the legitimacy of these visitors via their analytics and your own.

Other tips for stopping fake traffic

If you’re still having problems, we recommend reaching out to your host to see if they can help you block troublesome IP’s or suspicious sources. There are also good security plugins with premium plans that can be helpful in mitigating bad traffic sources.