Should I Run a Leaderboard Ad?

Mediavine has always been about giving power to the publisher.

Allowing each website to choose which ad units run on its pages, and how frequently, may seem unorthodox for an ad management company who is there to help with these exact decisions, but we believe it’s integral to our publishers’ success.

This is one of many ways we do things differently, and that kind of outside the box thinking extends to which Mediavine ad units are deployed in the first place.

One of the most frequent questions we receive with regard to ad units and placements is why we don’t run a leaderboard near the top of the page very often.

Above the fold (ATF) ad space, or ads that appear upon page load and before scrolling, were once some of the most sought after for advertisers online.

But times have changed, and Mediavine has adapted to the changes. 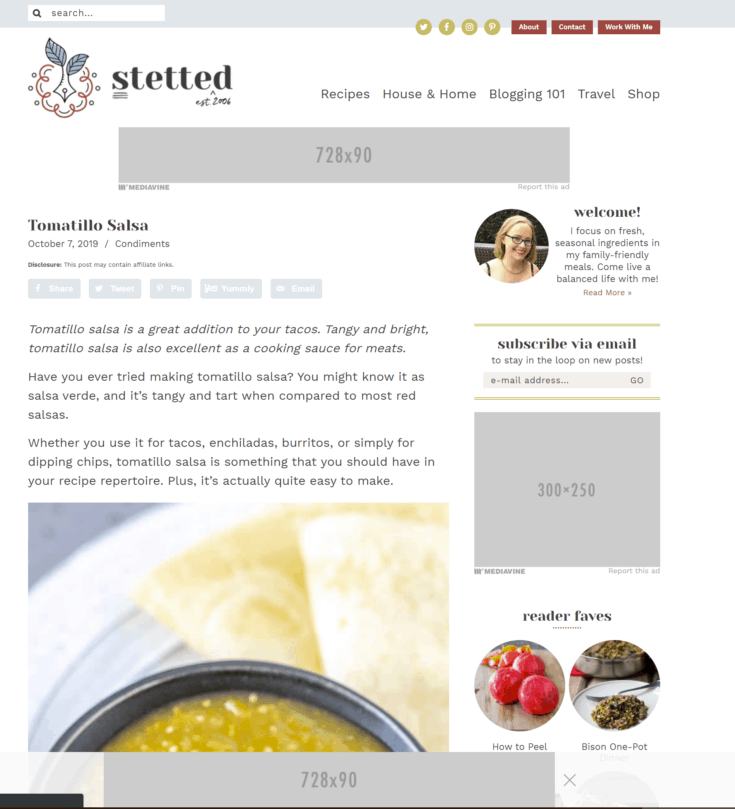 Viewability – defined as at least 50% of an ad showing up for 1 second or more –  has quickly become one of the most important metrics that buyers transact upon.

Publisher’s ad spaces are judged on this very important statistic, and bidding algorithms use it to ultimately determine the price they are willing to pay.

While one second seems like a tiny amount of time, and surely enough to get an ad loaded and in front of a user, that’s not necessarily the case.

One second in Internet time is an eternity.

A 2018 study by Kissmetrics showed that 47% of users expect an entire page to load in 2 seconds or less, and 40% of users abandon a site if it doesn’t load in 3 seconds.

To state the obvious, this study confirms that users want the content they came for, and fast! Still not convinced? Give yourself this test:

I’m willing to bet on the latter, and not because of my writing. This is generally how readers operate, and this behavior can have a major impact.

By throwing an ad unit into the mix that doesn’t have particularly high viewability, which the leaderboard surprisingly does not, you aren’t adding value.

In fact, you’re more than likely dragging the average viewability down for all ad units on the page – and dragging down CPMs along with it.

What might be a short-term gain from adding a leaderboard can result in long-term losses based on declining bids from other ad units due to the drop in viewability.

Our advice? Look at the big picture, play the long game, and place ads where the eyeballs are. Highly viewable ad units and long term revenue will thank you.