What is Header Bidding?

As part of our new Go for Teal video series, we want to share not only what Mediavine is doing, but how we’re doing it by teaching you various aspects of the advertising industry.

We thought we’d begin with header bidding, which is basically the crux of everything Mediavine does behind the scenes. Header bidding gets its name because it’s typically called from the head, or top of your page, before your page starts to load.

Header bidding is essentially an auction of auctions, an opportunity for all the ad exchanges and networks to compete for every impression. 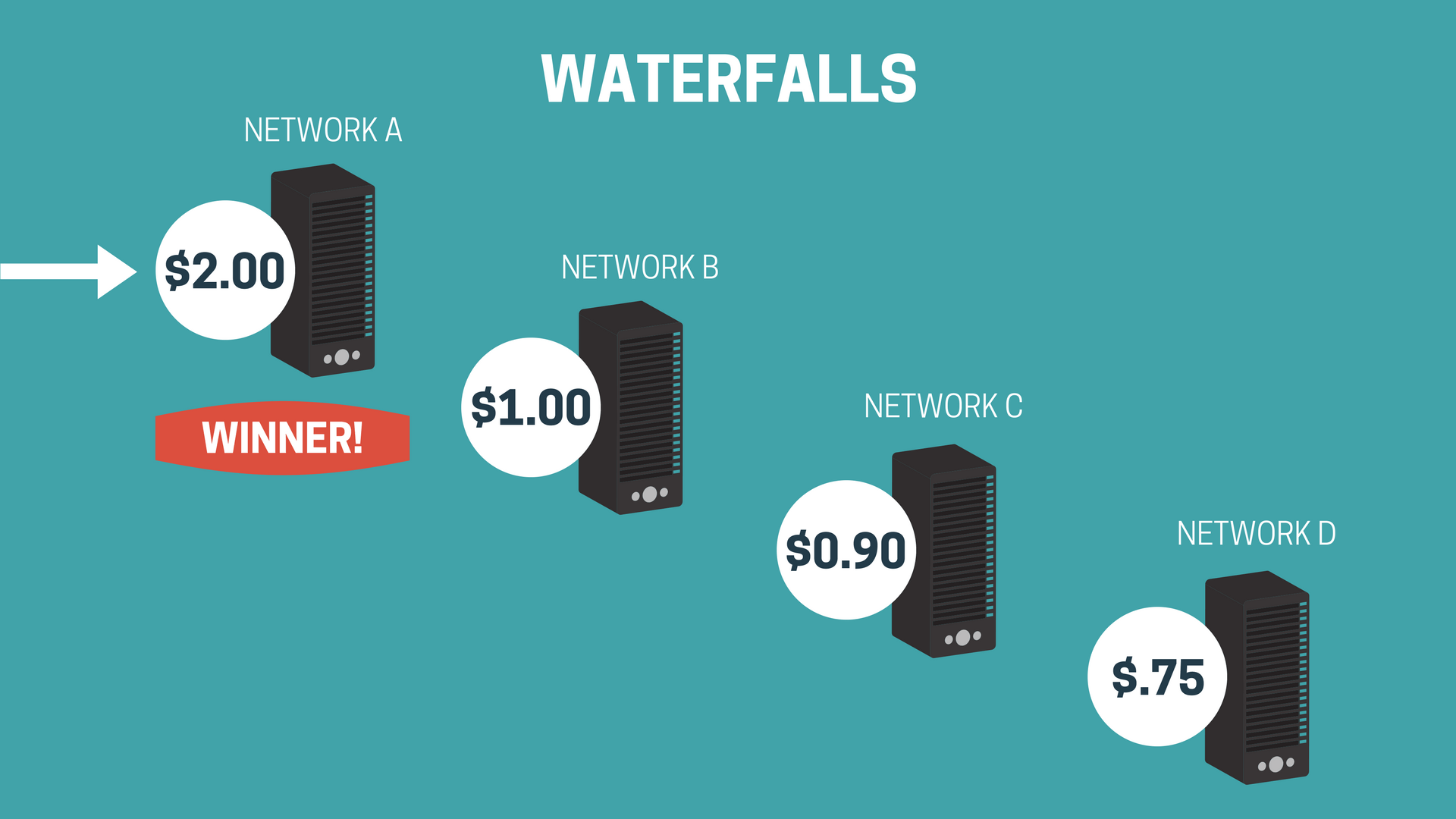 In the old days of this industry, a whole three years ago, a publisher worked with an ad network who provided a set of tags to put in various sections on your page. You’d either hard-code these, or traffic them inside of an ad server for slightly more complex optimizations.

When a user came to your site and ads began to load, they’d be sent to the first ad network if they had inventory above the floor. If not, a passback tag you provided would bounce them to the next ad network, and possibly a third or even more than that, waterfalling down if you will.

The issue with this model is that the first ad network would always get first crack at every impression and cherry pick your highest paying users, paying whatever they wanted as long as it was above your floor. It essentially became an auction of one. 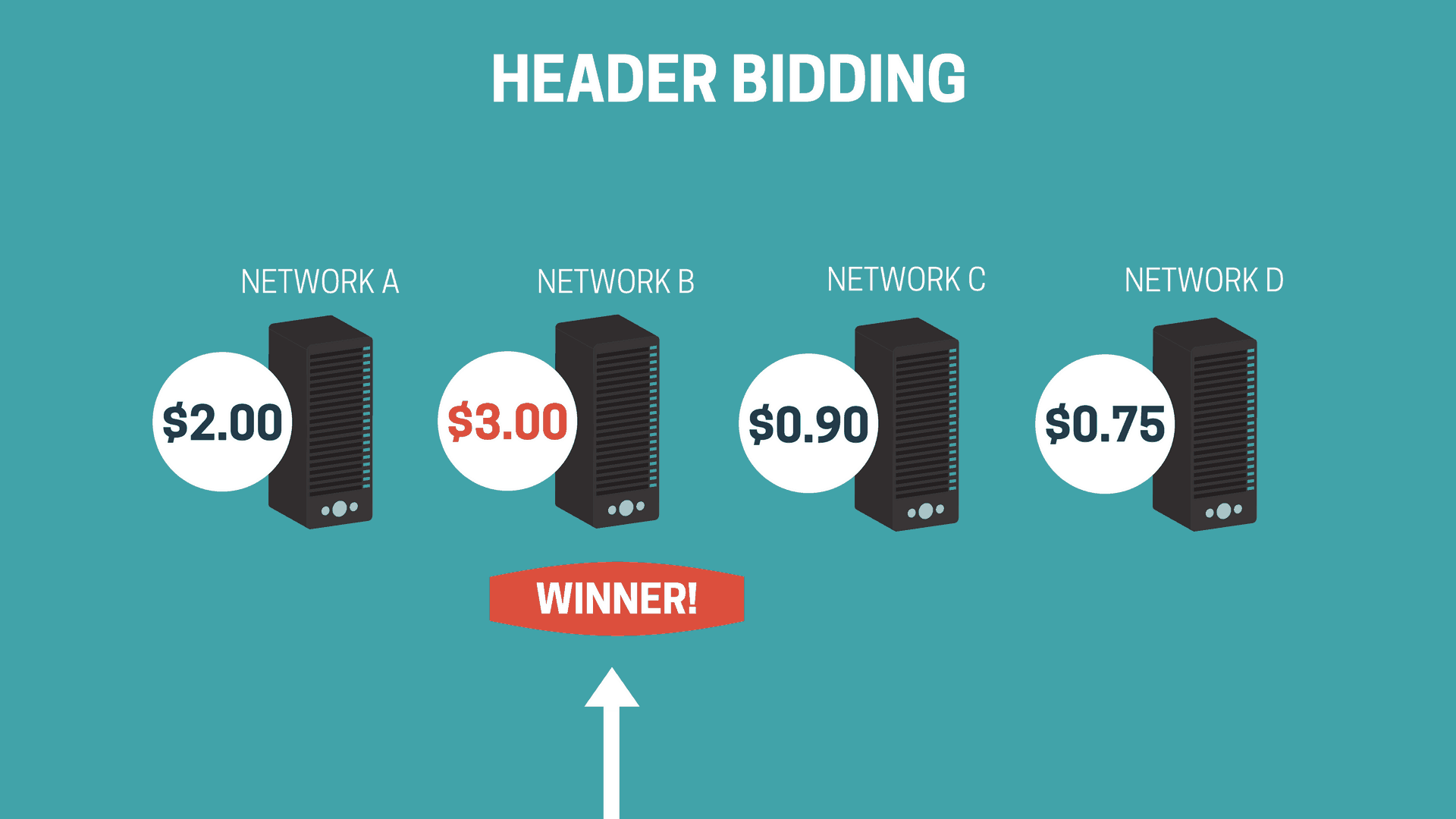 In the world of header bidding, all of this is solved. When a user comes to your page now, all ad networks are called before we serve an ad tag or call our ad server.

A lightweight JavaScript calls each of the ad exchanges in the user’s web browser right as the page loads, learning exactly what each exchange is willing to pay for that ad impression. We’re basically running a pre-auction with each of the ad partners, then running a meta, or single auction, on our side.

We take the highest bid from the exchanges to our ad server, and the winning – highest-paying – impression among all the ad networks is the one shown to the user.

The advantage of header bidding is that the different ad networks compete in real time for every impression instead of using averaged, historical data as they did in the past.

Some impressions are so valuable they’re worth literally 100 times more than others, so this instantaneous, real time auction data is crucial to ad optimization.

Think of it this way:

Let’s say Ad Network A averages a $2.00 CPM, and Ad Network B averages $1.00. In traditional ad serving, the ad server would pick Ad Network A in every auction because of historical averages.

The flaws in this could be very costly. Let’s say Network B had an advertiser that really wanted to buy a valuable impression from your site and was willing to pay up to a $100 CPM, and perhaps Network A just didn’t have a cookie match, or for whatever reason, didn’t find that user valuable.

Network A could bid only $1.00 in this scenario but the ad server would still pick Network A, even though Network B was literally willing to pay up to 100 times more.

Typically, the industry results you hear about claim that header bidding can lead to a 30 percent lift in revenue. We personally have seen a lot higher than that. As a programmatic-first company, we use header bidding to optimize every single impression in every ad unit on every page view.

It’s also faster, since you can call all the ad networks at once, or asynchronously. With waterfalling ads, you had to call ad networks synchronously, waiting until one auction finished before another began and costing yourself valuable seconds of site speed in the process.

Mediavine has been running header bidding for over three years, before the concept even had a name. All of our display, native and video ads are served this way in an effort to improve your earnings, user experience and overall site performance.