We’ve talked a lot about how the Mediavine Video Player helps monetize videos, but did you know that if used correctly, it can also be a SEO tool that boosts your search engine results?

So how does that work? How can you optimize the player for SEO? Glad you asked!

First, it’s important to define how the Mediavine Video Player helps with search rankings. Some SEO analysts believe that including video on a page improves rankings, but we’re not going that far. Analysis and interpretation are better left to the SEO analysts and experts.

Instead we’re going to focus, as always, on what Google says are best practices.

The Mediavine Video Player’s Schema.org JSON-LD markup, in particular, gives you the ability to be included in Google video search opportunities.

During any Google search, above the results you will see several tabs, including “Videos.” In that tab, you’ll see a set of results that include video content only.

By properly using the Mediavine Video Player, you’ll be eligible to appear in this section! In fact, there are several spots for video-only content, including carousels.

A common SEO myth is that YouTube videos always rank highest. Given that YouTube is owned by Google, the assumption is that its videos are automatically the most SEO-optimized.

This would make sense, but isn’t entirely true.

Google is adamant that it walls off Search from its other products so that it does not favor its own products. It can’t, unless it wants the government knocking on its door.

The good news: You can run other video players, provided that Google is able to parse them, both by outputting in Schema.org and making sure Google can see the video content itself.

As mentioned above, the Mediavine Video Player does both, outputting the JSON-LD Schema for you and ensuring that Google parses the data. 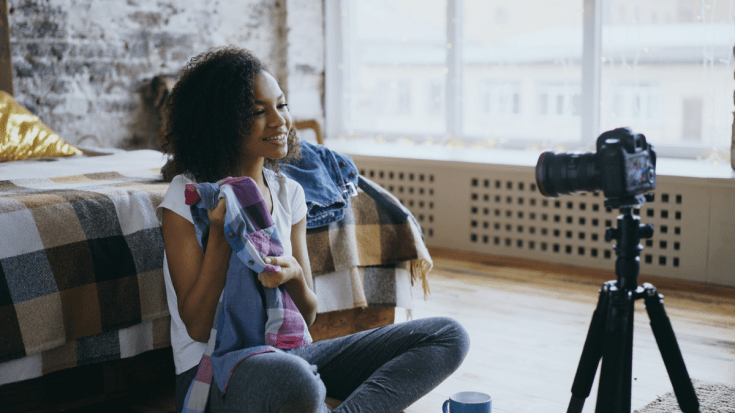 Where Do I Start?

Simply embed videos using the Mediavine Video Control Panel, or insert the embed code from the Mediavine Dashboard, and we’ll automatically output the Schema.org JSON-LD markup. If you’re using a recipe or how-to card, embed the video there, rather than in the body of the post.

NOTE: We will NOT do this for featured videos or any other videos Mediavine automatically inserts for you. This is by design. In fact, not only do we not output Schema in these cases, we block Google from indexing those videos. This, again, is per Google’s best video practices.

You should only be marking up video that you want to be considered a main focus of the content. Otherwise, you run the risk of a manual action taken against you.

Essentially, in order to maximize SEO impact, you’ll need to make a unique video for every post, and yes, that is an absurd amount of work. But that’s exactly why Google is rewarding this. You need quality, unique video content if you want it to rank. 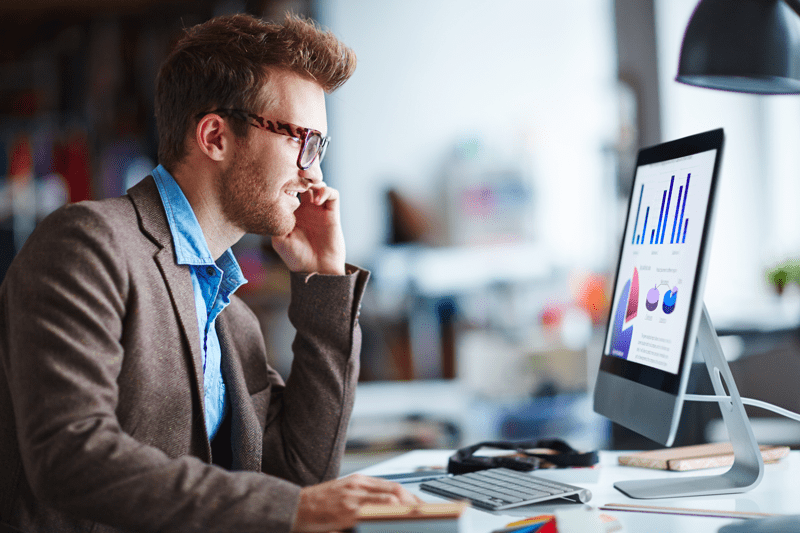 How Do I Optimize Video for SEO?

When you upload a video, you’re going to see a series of fields to fill out. We have a great blog post explaining these video details and how they pertain to RPM, SEO and UX.

The important details to note when it comes to SEO are going to be the video title, description and, most importantly, the thumbnail.

Make sure that the title is similar to how you title your blog post. Make it clickable, with keywords you’re going after, and descriptive of the video itself.

(Currently, in search results we’ve seen, Google uses the title of the blog post containing the video, rather than the video itself, but you never know with Google.) 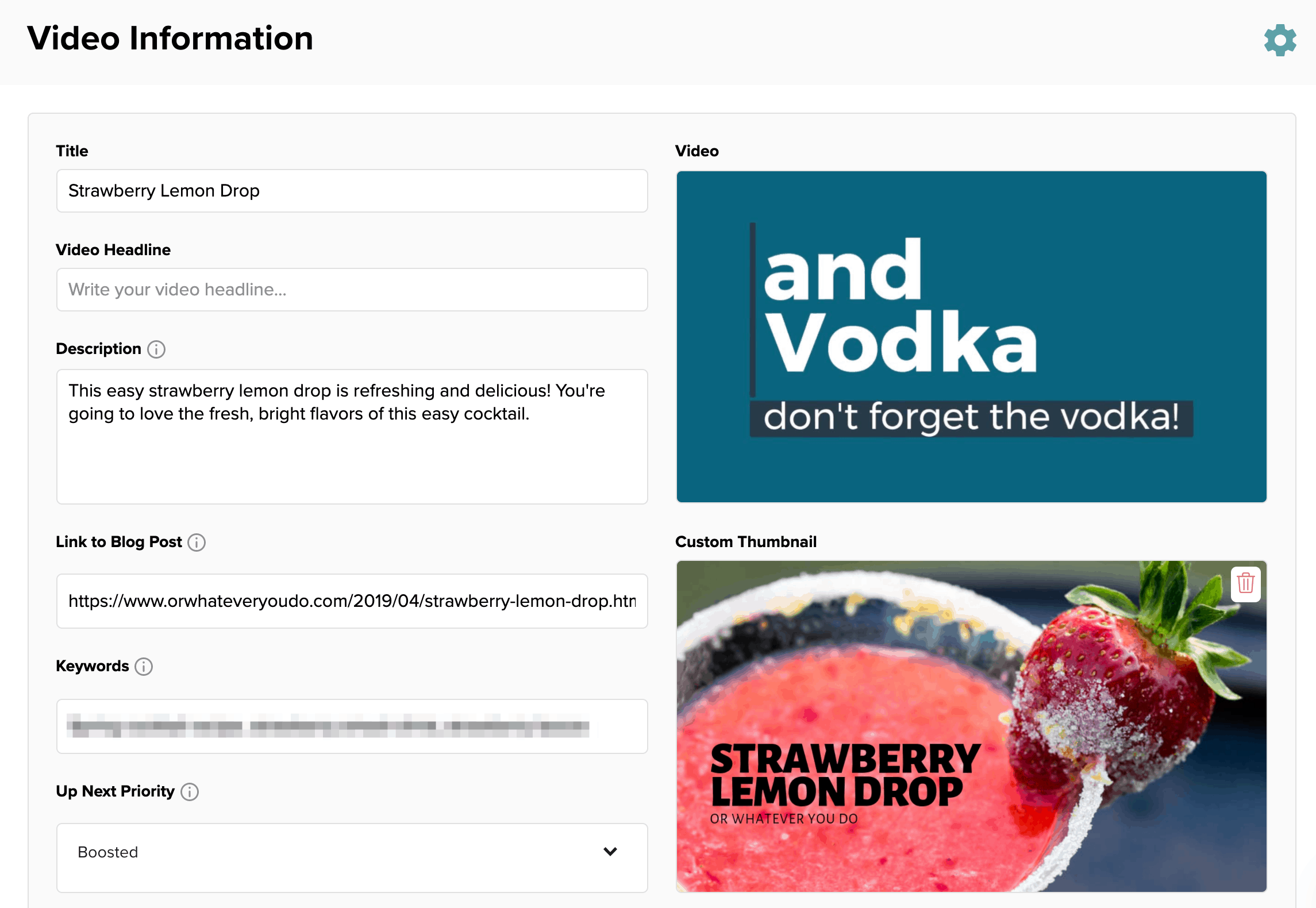 For the description, model it after your meta description: 1-2 sentences describing what the video is about and what’s contained in it. Again, Google does not appear to outputting this description anywhere, but as a required field of Video Schema.org, we recommend taking it seriously.

For the thumbnail, use a high quality, HIGH RESOLUTION image. If you want to run text on the video, that’s fine, but make sure it’s over content from the video. Make it very clickable!

This thumbnail is what Google displays in its results if you show up as a video. It represents your content and your site, so make it appealing. If it’s not, chances are Google won’t show it.

On our end, we present this thumbnail in all three aspect ratios Google asks for — 16:9, 4:3 and 1:1. Make sure the main content of your video is centered, so all three ratios are clickable.

Since the big recipe card schema change, Google began giving warnings about recipes without video and, more recently, How-To style content without a video or image.

As a result, many publishers often ask what’s the best practice for SEO: Should videos appear in the recipe card or in content?

The results are clear: you should embed your video only in the card, not in the content. And we do NOT recommend placing videos in both, for UX or SEO reasons.

The recipe card also provides the most complete Schema with the fewest warnings.

To maximize video ad revenue for the post as a whole, turn on our Universal Player.

In general, think of marking up one page with one primary Schema and make it as complete as possible. If the recipe or how-to instructions should be your main schema of a post, put the video inside of it.

Should You Delete Content or Just Stop Linking? An SEO Dilemma
Mediavine

Should You Delete Content or Just Stop Linking? An SEO Dilemma

If you’re a new blogger, bookmark this and come back in a few years. But if you’ve been blogging for awhile, you may have already asked yourself this SEO question: …