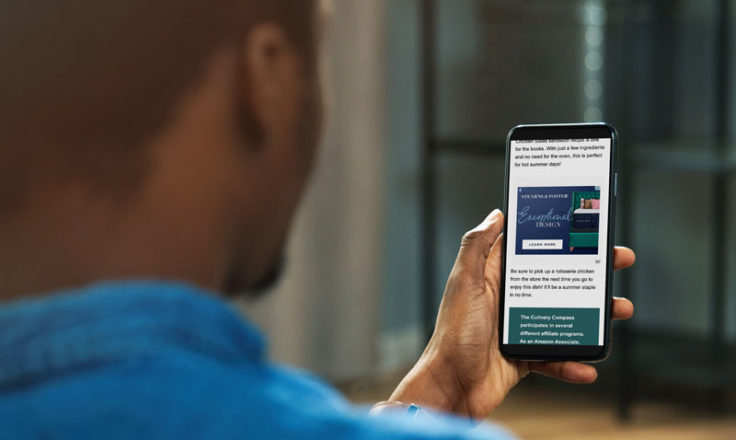 If you’re one of Mediavine’s 8,500+ publishers, you’re surely familiar with our innovative and exclusive “Report This Ad” link below every advertisement.

We take ad quality very seriously, and “Report This Ad” has been a Mediavine staple since we first partnered with Pubnation and eventually launched our own Ad Reporter.

As popular as this feature is functionally, we’ve heard from many of you that the “Report This Ad” text link, along with Mediavine’s name and logo, was too heavily branded.

Well, as usual, publisher feedback is our cue to innovate – and “Report This Ad” is getting a major makeover. Or perhaps more accurately, a make-under?

What we’re calling the “M” icon isn’t new – it’s our company logo – but it’s new to this location and purpose.

Now, instead of both Mediavine branding and “Report This Ad” below every ad unit, they’re combined into a singular, smaller icon – the Mediavine “M” in the bottom right.

See the difference below:

Combining the Mediavine brand and ad reporter functionality, and allowing for future features as well, the icon is designed to work seamlessly with our Optimize for CLS option and our upcoming InView.

A user clicking the “M” will now see a menu, from which they can either learn about the ad unit (“What is this?”) or flag ads (“Report ad”) they believe to be problematic.

Hopefully, yes! We don’t see that as a bad thing.

The ability for readers to report ads is essential, and their input can be valuable. However, a vast majority of ad complaints come from users without proper feedback.

Our most valuable input comes from Mediavine publishers, who report truly problematic ads – ones that don’t respect opt-out preferences or the dreaded autoplay videos with audio, for example.

This change not only looks cleaner, it should help our operations team monitor the worst ad offenders without combing through as many reports lacking in context or detail.

We know that ad quality is probably even more crucial when it comes to video units than with display ads, so our two popular video options are getting the same treatment.

The Mediavine Video Player will now feature the “M” placement in the bottom right.

For its part, the Universal Player will see the same discreet “M” icon, but in the UP it will appear inside the player itself on the bottom left, next to the volume control.

Beyond giving our publishers what they want with a better-looking aesthetic, the new “M” is a much better fit for some important ad innovations we have in the pipeline.

Our upcoming InView, which is designed to improve viewability, utilizes the Optimize for CLS placeholder spot to keep an ad in view (hence the clever name) while the user scrolls.

Every pixel makes a big difference when it comes to viewability. Switching to the singular “M” opens up a lot of possibilities when it comes to the future of InView, while maintaining a better user experience.

If you’re interested in learning more about InView, please check out the article in our help section.

One small tease of our plans for this beyond InView: We’re also adding the ability to report adhesion ads, thanks to the new smaller footprint of the “M” logo.

Sometimes, in ad technology and in life (but mostly just ad technology), it’s the smallest things that make the biggest impact.

We’re excited by the immediate potential of this shift in how we report ads, and the possibilities it opens up for additional features down the road. 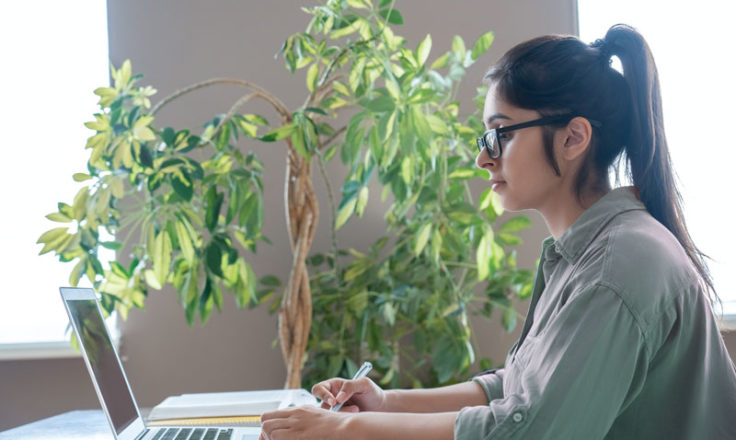