We Stand With You During Pride — And All Year Long 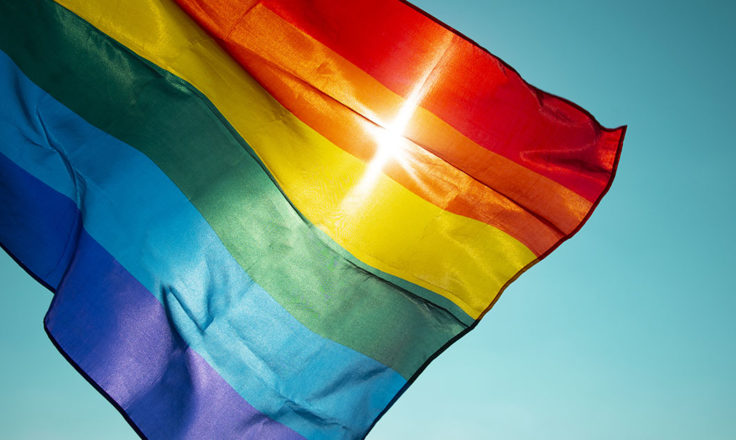 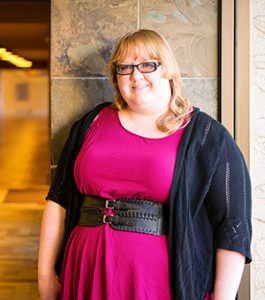 Growing up in the rural US as a queer woman was an… interesting experience.

I say this knowing that most people’s experiences growing up queer in the United States have been “interesting.” Everyone’s experience varies wildly depending on location, income, race, age — there are so many contributing factors that it’s dizzying.

But it all boils down to this: We can definitely do better.

Joining my first Big Kid job out of college only six short years ago, I was well aware that it was fully legal in my state for me to lose my job and even my place of housing simply because I was dating another woman at the time. It was an unspoken rule to remain quiet about it, not to make waves and to accept the status quo, just so you wouldn’t upset the wrong person.

If you were truly unlucky, that wrong person could be your boss, landlord or even a family member or loved one.

It wasn’t that everyone in my hometown was openly hostile. It was just that no one wanted to risk having uncomfortable conversations with people who were.

It was easier to expect the bisexual girl starting in the editorial department to keep things to herself than it was to address the elephant in the room: that the unwillingness to have this conversation was in and of itself a form of homophobia and that silence enabled even more harmful forms of homophobia.

I can’t begin to explain how alienating it can feel, living that double life — and to be clear, you have to keep that double life up in your private life, too, if you have family members that might disapprove; for plenty of people, this charade is a full-time gig.

Communication is fundamental to how you interact with the world around you. Your conversation partner might mention their spouse casually, with no one thinking anything of it; perhaps a cousin’s boyfriend stops by the family get-together to say hello. It’s casual, relaxed and not generally considered a big deal.

However, these simple things were luxuries that were almost off-limits to me as a queer person. If my then-girlfriend stopped by, she was to be referred to as my “roommate” or my “friend.”

For all intents and purposes, I was considered single despite being in a 2-year relationship.

While I was so much luckier than so many others, LGBTQ+ discrimination runs deeper than any of those things.

It pervades every nook and cranny of society.

But how can that be homophobic? This isn’t a picket line of people waving signs telling me I’m going to hell. I was fortunate enough to retain the support of my family when I came out to my parents. I wasn’t disowned or kicked out of the house. I’d never been assaulted, and I could deal with ignoring rude words from people.

While I was so much luckier than so many others, LGBTQ+ discrimination runs deeper than any of those things.

It pervades every nook and cranny of society.

The headlines rightfully go to the atrocities committed against LGBTQ+ people. We need to know about the suicide epidemic in the LGBTQ+ community; we need to hear about Mathew Shepard; about the Stonewall Riots (and not the white-washed version given to us by Hollywood).

Because these hate crimes don’t come out of nowhere.

They come from a culture that prioritizes “not making waves” and keeping people feeling “comfortable” over the right for members of a marginalized community to live as their authentic selves.

So many people point towards the legalization of gay marriage as the “end” of homophobia. We clearly don’t care about whether people are gay or not anymore! Look, they can get married! Are you happy now? Can we please stop talking about things that make me uncomfortable?

Yes, that couple can get married. And that’s fantastic! But that isn’t going to guarantee a “happily ever after” situation for them.

We live in a country where sexual orientation and gender identity aren’t considered protected classes, where “don’t ask, don’t tell” has permeated into the very fabric of our day to day lives.

On the day that gay marriage was legalized, I was working as an editor in a news room. I was so excited. My heart soared. The moment I heard, I was texting my girlfriend that I would pick up something extra special that night for dinner to celebrate. And then one of my coworkers turned to me and said: “I’m happy for them. I mean, I don’t know any gay people, so it’s not like it affects me at all, anyways.”

These words were so close to support. So, so close. And while I know these words were not uttered in malice, they still hurt to this day — because she did know someone. She knew someone that this was directly affecting, and she was looking right at her.

And while I know these words were not uttered in malice, they still hurt to this day — because she did know someone. She knew someone that this was directly affecting, and she was looking right at her.

The LGBTQ+ community came together to support one another when they could not count on outside forces to do so.

They protected each other from dangerous situations (physical and sexual assault, emotional abuse, conversion therapy and so much more) when they couldn’t count on impartial treatment from law enforcement.

Community members come together to form a found family when blood family doesn’t come through.

They pulled together to care for members of their community during the height of the AIDS crisis, which killed so many LGBTQ+ people.

We have come so far. And those wins should be celebrated!

But the marathon is not over, and we can’t allow ourselves to become complacent.

Even within the LGBTQ+ community, we have to do better. 2021 is no place for homophobia. It’s no place for biphobia, transphobia, acephobia, misogyny, racism, ableism, xenophobia or any other form of discrimination, harassment or harm.

Equal Rights are not achieved until they are attained by everyone. And I’m grateful to work for a company like Mediavine, which recognizes this.

I’m proud that Mediavine stands with me in support of the passage of the Equality Act, federal legislation that would modernize our nation’s Civil Rights laws by including explicit protections for LGBTQ+ people, as well as improving protections for women, people of color and people of all faiths.

Mediavine has been a great place to work, a place where I feel that I am able to bring myself to the table 100% as I am. Where my experiences and insights are not only accepted but encouraged.

Mediavine has been a great place to work, a place where I feel that I am able to bring myself to the table 100% as I am.

I am able to mention a girlfriend unabashedly in a work chat without it turning into a huge deal. Coworkers ask for advice about how to encourage diversity and inclusion for their LGBTQ+ coworkers because they genuinely want to make them feel more comfortable and valued.

My coworkers, LGBTQ+ and ally alike, understand and support my fervor for the charities serving my community.

There is an excitement from the entire company to include, understand and welcome members of a community that has existed on the periphery of society for so long. There is a desire to include them in the way they wish to be included.

It means more than words can even begin to describe and is a reason why I am so excited to see Mediavine partnering with PFLAG National, not just for Pride month, but throughout the year.

PFLAG’s work in more than 400 communities across the country — including towns like the one I grew up in — will ensure that queer kids who need support from their families, their teachers, their neighbors and their peers will get it through PFLAG’s support, education and advocacy programs.

Pride is as important now as it was on June 28, 1969 at the Stonewall Inn in Greenwich Village, where trans women of color were on the front lines changing history.

Pride is a chance for us to come together and love ourselves in a world that may not always love us back.

Pride is a chance to celebrate the beautiful, varied forms of love and acceptance that the human race has to offer.

It’s a time to come together as people, for people. Pride is first and foremost about Love — and Love Is Love. 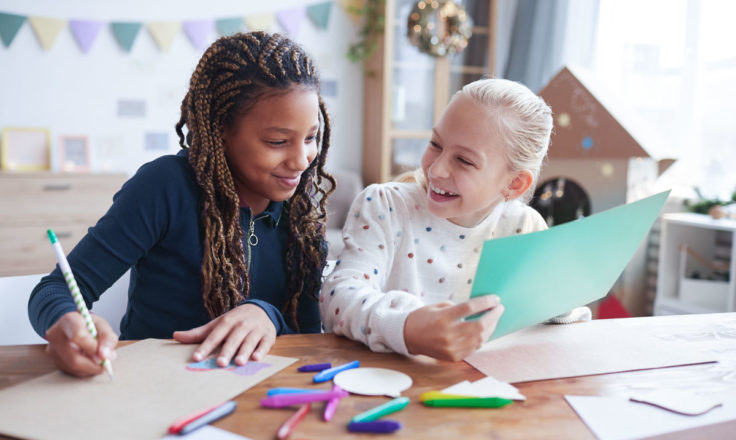 I’m excited today to tell you about a project almost a year in the works behind the scenes at Mediavine. As we stated from the start, Shine is meant to … 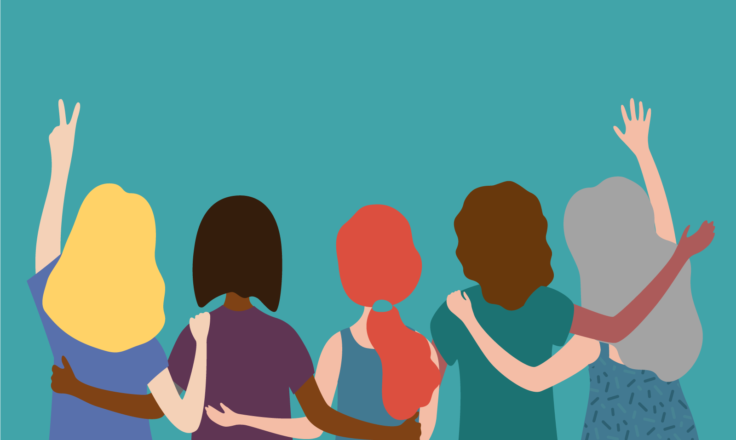 It’s International Women’s Day once again, and we’re thrilled to be marking the occasion and honoring the women who have inspired us today on the Mediavine blog. This year’s theme … 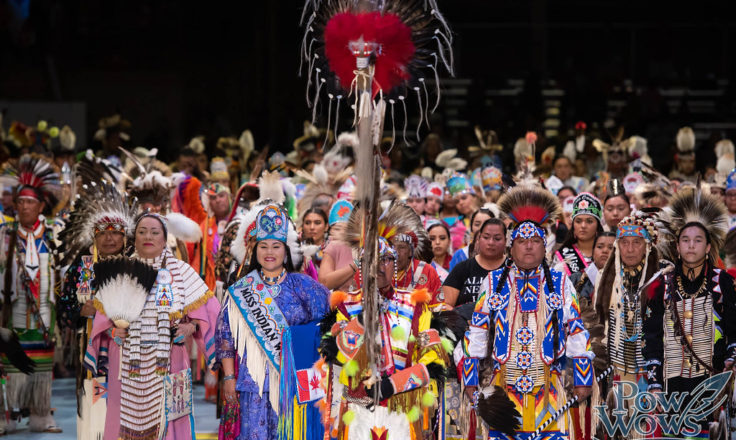 Today we’re excited to host Paul Gowder of PowWows.com on the Mediavine blog to share a bit about Native American Heritage month and ways content creators can honor indigenous voices. November is …