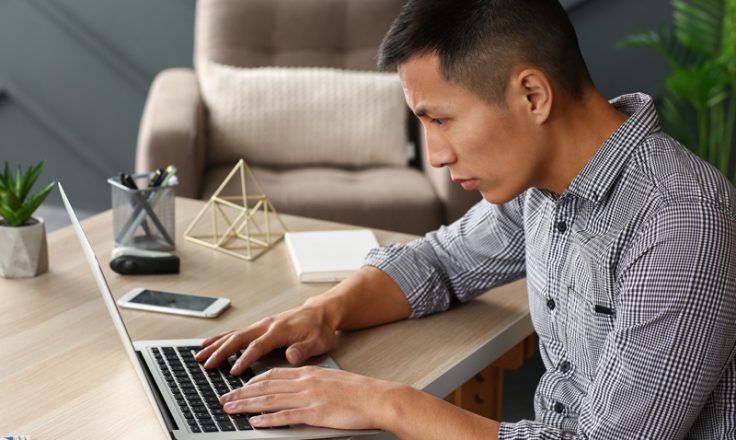 By now, you’ve probably heard the news: Google Chrome is phasing out third-party cookies, joining the ranks of Firefox and Safari in radically altering the programmatic advertising landscape.

Google estimates that programmatic ad revenue drops as much as 60% without third-party cookies, but there’s no turning back in this privacy-focused world. So what do we do about it?

We’ve talked at length about two major solutions: the collection of first-party data and industry efforts like the Privacy Sandbox.

However, there’s another potential solution that Mediavine has actively been discussing with advertisers that you might not be aware of on the publisher side: contextual advertising.

What is Contextual Advertising?

Contextual advertising is the process of targeting ads based upon the content, or context of the web page, rather than to the user.

The concept itself isn’t new; ironically, contextual advertising predates the user-based targeting we are now looking to replace.

If you’ve ever searched for something on Google, you’ve seen a form of this in action. Advertisements there are based on the keywords or keyphrase you type, and always have been. That’s contextual.

The same principle applied when Google AdSense launched; campaigns were based on the text of the webpage you were browsing.

AdSense later integrated programmatic and user-based targeting, with contextual decreasing in importance (though it remains a factor).

The value proposition of contextual advertising is simple. If you’re looking at content about cars, you’re more likely to respond to a car ad.

While it’s not quite as effective as ads targeting specific users whose browsing suggests they are looking to buy a car, it’s not a terrible alternative when user-based targeting isn’t viable.

Crazily enough when it comes to programmatic advertising through other exchanges, contextual has always been a thing as well.

Traditionally, advertisers would use services like Grapeshot, Peer 39 and other third-party services to target against keywords.

The catch? Most of that was actually “negative keyword” lists, or content they want to target against, a.k.a. keyword anti-targeting.

Contextual Advertising in 2021 and Beyond

Everything old becomes new again, and with the demise of user-based targeting coming in late 2021 or early 2022 (we’re all waiting on official dates from Google), the industry is looking for solutions.

Whenever this goes into effect on Chrome — it already is in effect on iOS browsers — advertisers won’t be buying audiences like they used to.

While Mediavine’s innovative first-party data solution Grow.me will still allow for user-based targeting, getting there requires building a value exchange with users who consent to personalized actions.

The best thing you can do right now is hop on the Grow.me bandwagon early and begin compiling first-party data, but it’s not realistic to think you’ll ever get 100% of your users to log in.

No matter how awesome your site is, or Grow.me becomes, the majority of casual readers won’t do it. So for those who don’t log in, how do we make unauthenticated or anonymous, traffic more valuable?

Given this current landscape, old school approaches like contextual are getting another look — especially with modern technical advances.

The biggest difference between contextual advertising in 2020 and what we’ve described from the past is that publishers are now in control.

Previously, advertisers relied on third party vendors in this process, as we mentioned above. It was expensive and not all that efficient.

Now, we’re moving contextual to the publishing or supply side, where we’re able to pass these values via the bid request and information will easily be filtered before being sent to advertisers.

This may not sound significant if you don’t work in ad technology, but it’s a lot more efficient and intelligent than advertisers having to pull in third party data on every single bid request.

Our hope is to improve this process to make it a viable part of the new advertising ecosystem taking shape in the coming years.

We never like to scramble for solutions at the last minute, and to that end, Mediavine has been testing contextual advertising for over a year.

We’re telling you about it today because we’ve reached the point where we’re bringing contextual data to most of the major exchanges: Magnite, Pubmatic, Triplelift, Xandr and more to come!

How Does Mediavine Do Contextual Advertising?

In case you missed the press release, Mediavine partnered with GumGum’s Verity product in 2019 as an early adopter.

You may know GumGum as one of our longtime ad partners, perhaps most notably for their highly viewable in-image units.

GumGum has actually used contextual technology in its offerings for years while selling inventory on Mediavine properties, so this new partnership made a lot of sense from the start.

Verity is the only technology using artificial intelligence to analyze text, images AND video on a page, thanks to GumGum’s experience with In-Image ads and In-Video (or what we call video overlays).

By partnering with GumGum Verity, we’re able to access this contextual information and pass it on to all of our buyers.

By parsing your web page for the text, images and video to figure out what that page is all about, Verity figures out your top keywords, as well as the categories you’re writing about.

The tech is even sophisticated enough to figure out if any “events” or holidays such as Back to School or Thanksgiving apply.

Mediavine is then able to pass along this keyword, category and event information in bid requests to our ad partners.

Right now, we only provide these keywords to advertisers buying via Private Marketplace Deals or Deal IDs.

That’s where we’ll set up a deal with an advertiser based on keywords or an event they’re trying to target, like Back to School.

Whenever we have a page, or an ad request, that matches that keyword, we “light” up the deal so the exchange sends a request to that advertiser.

Advertisers are willing to spend a premium on such deals knowing they’ll be able to target an audience contextually.

We’ve already seen this work very well on browsers like Safari where there’s already no user based advertising, so we’re optimistic about its potential in a post-third party cookie world.

Will This Solve the Post-Cookie Revenue Decline?

To truly make a significant impact, contextual ads will need to come to the open marketplace, not just private marketplace deals.

That’s going to take time. In the private marketplace, we get to speak to the advertiser, tell them about our technology and partnership with GumGum Verity, and manually set up the deal for them.

In the open marketplace, it’s not that easy for buyers who would have no idea where these keywords are coming from.

However, we’re confident that as an industry, we can solve this.

We’re working with industry groups like Prebid.org and the IAB to help incorporate contextual into future programmatic standards.

The hope is to establish the kind of long-term trust and track record that, eventually, brings this approach to the open marketplace.

Mediavine is proud to be a pioneer in contextual advertising as part of our over-arching mission to cultivate safer, more effective ad solutions for a complex, ever-changing ecosystem.

It’s how we help build sustainable businesses for content creators this year, next year and many years into the future.