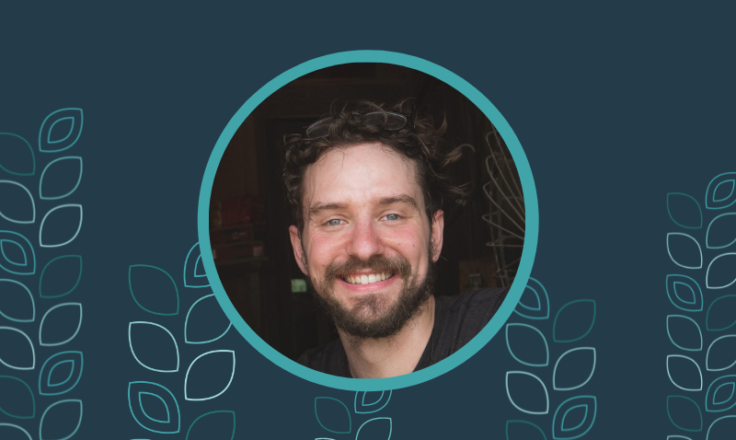 If you’re a developer building WordPress sites for content creators, this Case Study featuring our WordPress framework, Trellis, is for you!

We created Trellis for the publisher who is an expert in producing content, but perhaps not technically inclined or interested in committing a lot of time to maintaining the nuts and bolts of a website. We designed Trellis for maximum performance right out of the box with the specific goal of meeting Google’s tough Core Web Vitals standards. All without requiring any technical know-how from content creators.

However, we also know that sometimes a site owner wants a specific look or a special feature and needs help from a developer to create code customizations to achieve that end.

We’re pleased to introduce freelance developer Ralph Cope, who has worked with the Trellis framework on several projects and joins us today to discuss his “under the hood” experiences with Trellis.

Tell us a little about yourself: How long have you been blogging and working with other sites and bloggers?

I have been working with bloggers for about 5 years now. I started as a writer for a fairly large travel blog before transitioning to a more technical role. I learned the ins and out of SEO pretty early on and in the last few years have become quite involved in the more technical side of things, e.g. development, performance optimization, structured data, semantic SEO, etc.

I am now a freelancer who mostly provides consultations and full website builds to clients — both with the most up-to-date SEO practices in mind, of course.

Where did you first hear about Trellis?

Jackson Groves, owner of Journey Era and a friend of a friend, approached me about switching his site over to a new theme. Being primarily a content creator, Jackson didn’t feel comfortable handling any sort of development-related work and asked for my help.

Being a Mediavine partner, Jackson had heard about Trellis from his point-of-contact and decided to give it a shot. He shared the documentation with me, and we went to work.

Switching themes and frameworks can be a big decision. What convinced you to try Trellis?

Having received lots of positive feedback, Jackson was pretty adamant about using Trellis. The biggest selling point was the potential boost in website performance and speed it promised. Initial projections pointed to Trellis decreasing load times by around 30% and boosting ad revenue by about the same.

2021 was also a rough year for Journey Era. Between several waves of COVID and a few borderline-cruel Google broad core updates, the site had lost a considerable amount of traffic. If there was ever a time to try something new, such as switching themes, this was it.

What WordPress themes/frameworks (or CMS) have you worked with before Trellis?

Personally, I have worked with several different themes prior to Trellis, including but not limited to:

What technical issues were you hoping to resolve with Trellis?

Mostly site performance and load times. Trellis was marketed as the first theme ever built with Google Core Web Vitals in mind, so it seemed like the logical choice.

That being said, Journey Era was already quite fast before I began working on it. Average page load times were around 785 milliseconds (0.785 seconds) according to initial benchmarks I took, which is a pretty impressive number already. Trellis and I would have our work cut out for us if we were serious about trimming load times.

How easy was it for you to set up Trellis on a website? Did the process go smoothly?

Trellis appears to be a very simple framework but has a lot of complexities under the hood. The way it is coded (the PHP and whatnot) is quite different from any other theme I have used before. Needless to say, there was a bit of learning curve in the beginning.

At first, Trellis felt quite rigid to work with. There are relatively limited built-in options when it comes to theme customization (compared to other theme builders), which is a decision I imagine the developers of Trellis made intentionally in order to keep it as lightweight as possible.

This meant I would have to style the site directly using my own HTML and CSS.

After getting to know it better, I really started to appreciate the Trellis framework more though. Yes, I had to customize almost everything myself — including some special JS and PHP — but once I got my rhythm, I really enjoyed the work. By the end, I actually ended up learning a few new tricks for website development.

Did you do any custom work on the site (e.g., a custom homepage or post layout)? If so, how easy/difficult was it to work within the Trellis environment?

There were a few functions that needed to be built into the new site build using Trellis that unfortunately couldn’t be done using pure CSS or HTML. As such, we had to resort to making a child theme, which is something that I usually like to avoid just from experience.

Setting up a child theme for Trellis is also a bit of unique case, again mostly due to the way the framework is built. Luckily, Mediavine’s development team was quite helpful when it came to troubleshooting and actually went out of their way to help explain things.

We built the new site using Trellis first on a staging environment and ran a number of benchmarks to track performance. Once the new site was 100% ready to go, we pushed it to production, let it sit for a week and then ran a final set of benchmarks. All benchmarks were taken using GTMetrix.

The real fruits of our labor showed a little while after final benchmarks. Within a month of implementing Trellis and doing a thorough SEO audit of the site, traffic rose by 140% i.e. more than doubled. Ad revenue was also up quite a bit.

* These four metrics (FCP, LCP, TTI, and TBT) are displayed first and foremost when anyone runs a Google Lighthouse test on a given page. Generally speaking, they are good indicators when judging overall page load times.

Would you recommend Trellis to other developers and bloggers? Why or why not?

Yes, I would recommend Trellis to any blogger or developer who was looking for a lightweight theme/framework for their site. Despite the learning curve, Trellis proved to be a good performer and return on investment.

I will say though that I can only recommend Trellis at the moment to content creators. Whilst it does a good job of handling and rendering blog content optimally, I don’t know if or how it could be used for more complex websites, like e-commerce.

What advice would you have for someone preparing to move to Trellis?

If you plan on developing a custom site in Trellis, you need to be competent at least in HTML and CSS. JS and PHP are also a plus.

You could get away with creating a website using just the customization options provided by Trellis but you will be limited in what you can do. If you really want to get the most out of this framework and have total creative control of the frontend, you need to be able to style and build everything yourself to a certain extent.

If you haven’t already discovered it yet, I highly recommend using Chrome DevTools for dev work. This was a godsend for me when I first got into development and really opened my eyes to a lot of technical know-how. I still use it on a daily basis and certainly when I was working with Trellis.

What is your favorite feature of Trellis?

I like how the developers of Trellis did their best to incorporate as many speed optimizations as possible into Trellis itself, thus removing the need to install additional plugins. CSS/JS minimization, image lazy loading, and code injections are all handled by Trellis, which means I don’t need to use plugins like Autoptimize, Code Snippets, or Asset CleanUp.

That being said, I still do use WPRocket as a caching plugin, as its one of the best of its kind IMO. I just make sure to turn off its handling of CSS, HTML and JS optimizations so that it doesn’t conflict with Trellis’ own features.

Any other comments about your experience?

For content creators who are looking to streamline their site and maybe learn a thing or two about web development, Trellis is a great option. It doesn’t have as many features as other theme builders out there, but that’s probably a good thing. It’s a lot faster that way and will require you to think critically about what you really want include on your blog or site.

Thanks, Ralph, for chatting with us today. We’re so pleased that Trellis is helping you help your clients achieve their business goals!

We’re really proud of the results that Trellis has produced, and our team is committed to improving and enhancing this framework to continue to serve content creators and their business goals. Learn more about Trellis, and if you’d like to read more testimonials, check out our other Case Studies. 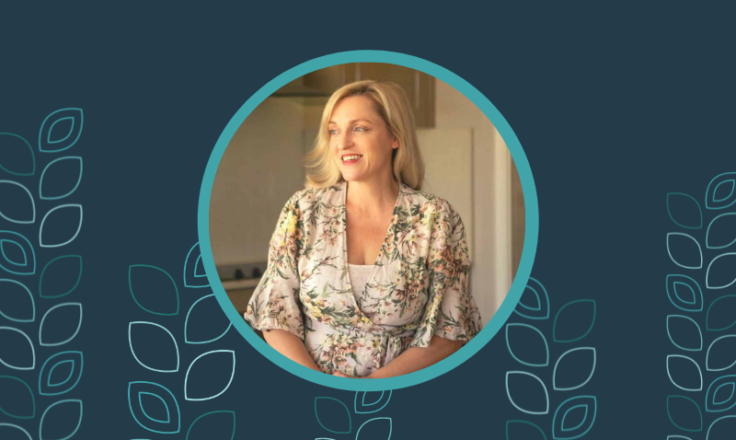 If you’re thinking about switching WordPress themes this year, we’d love for you to take a few minutes to dive into our Trellis Case Study series to learn the benefits … 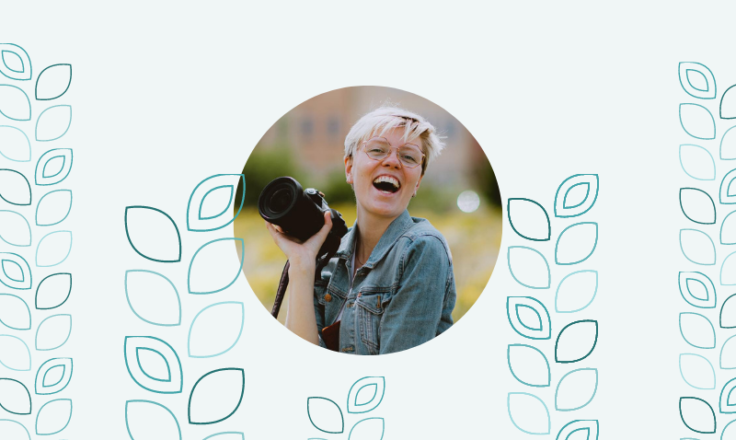 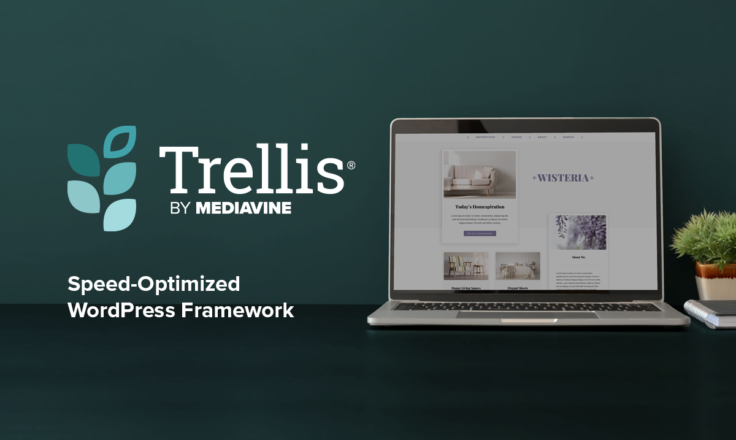 Trellis is Award-Winning. Make it Yours This Holiday Season.
Trellis

Trellis is Award-Winning. Make it Yours This Holiday Season.

We’re thrilled to announce that Mediavine won the Innovation Award for our work on Trellis and Core Web Vitals at the 2021 Google Certified Publishing Partner (GCPP) summit this month. …