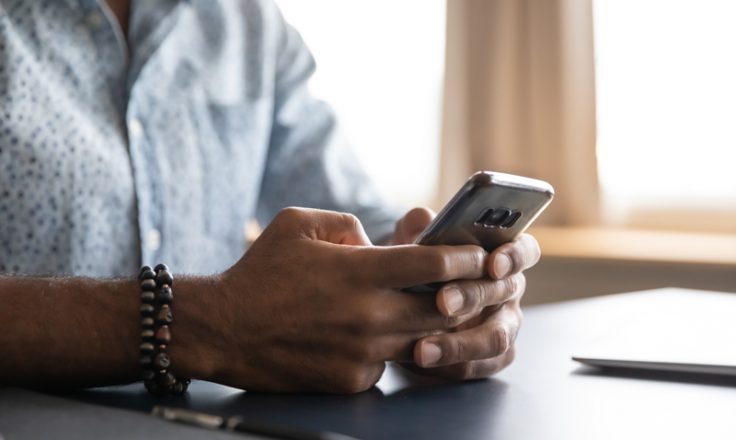 If you’re a publisher who’s been using Mediavine Ad Management for a few years now, you may want to sit down for this one.

We’re bringing back the mobile interstitial.

Yes, really. Here’s why it’s making a comeback after its less than stellar run a few years back, and what it will look like now.

What is the New Mobile Interstitial?

The new mobile interstitial is a full-screen display ad that takes over the screen between pageviews on a mobile site.

Interstitials are popular for one simple reason: They pay well.

They pay very well, in fact. By definition, they are highly viewable and see terrific user engagement, which means advertisers pay top dollar.

The reason we retired the old mobile interstitial was that Google Search instituted its new mobile content accessibility signal. The financial reward wasn’t worth the risk of ruining your site’s rankings.

However, things have changed and we have good news: The new unit is built to Google Search and Coalition for Better Ads standards.

How do we know?

Because Google built it.

Yes, SEO optimized mobile interstitials by Google are going to be a thing.

Mediavine is currently taking part in the official new Google Mobile Web Interstitial beta, where Google Ad Manager actually renders the creative and does so in a way that will “match Google Search standards.”

Google does this by running an interstitial between pageviews, rather than when a user first arrives on a page.

If you read the original Google blog post on the topic, it specified that you can’t run these ad units on pages where users first arrive from a search engine. But these new interstitial units only run after the second click, and Google controls the rendering. In other words, you’re safe from Google Search penalties.

While Mediavine will be running its ad auction and filling other demand alongside Google Ad Exchange, no matter who wins, Google Ad Manager will render the creative, assuring the safety of your rankings.

Another big reason we’re having Google handle the rendering of the new mobile interstitials is that Google will make certain that the ensuing user experience conforms to Coalition for Better Ads standards.

For one, the ads are immediately closeable — as in, there’s no countdown timer you have to wait out, which is a common feature among interstitials.

They’re also pre-loaded, meaning that as soon as a reader clicks a link, ads are instantly ready to be shown.

But most importantly, they have a very consistent and easy close button. Nobody hates hard-to-find close buttons (again, commonly found in interstitials) or inconsistent locations.

All of these interstitials will have an X in a very obvious spot. You can see a sample one running here:

Cut to the Chase: How Much Do Mobile Interstitials Earn?

As we mentioned, the reason interstitials are so popular, especially in mobile apps, is because they perform so darn well.

They produce higher viewability, click through rates (CTRs) and other metrics that drive advertisers to spend more money.

They also allow for larger sizes, such as 320×480, that typically would result in a poor user experience and lower viewability when run inline.

However, when they’re full screen, they perform very well. In testing on internal sites, we’ve been seeing CPMs north of $20.

For comparison, typical display ads earn just a fraction of that. In fact, these mobile interstitials are even higher paying than many video ads.

However, it’s important to note that because these ads only run between pageviews and are frequency capped (a term to indicate how often an ad runs for a given user), not every visitor will see them.

Combine this with an aggressive frequency cap, real world usage and fill rates, and we end up closer to 10% of pageviews.

Nevertheless, $20+ CPMs on 10% of your sessions is still worth quite a bit. This alone can potentially add $2 or more to your mobile session RPM!

Impact your site’s individual session RPM, of course, will vary as it always does.

It’s important to note that like any new ad unit, this will involve a bit of a “learning curve” for advertisers.

Advertisers use buying algorithms to decide where to buy.

Just as we warn people when they first join Mediavine that it will take a few months for buyers to learn how valuable your new, highly viewable inventory is, the same applies to new ad units.

The mobile interstitial offers a staggeringly high performance, but advertisers have to learn this over time as the unit starts to work on your domain.

We saw a nice, steady climb in performance on The Hollywood Gossip over a matter of weeks. We recommend giving advertisers time to learn this ad and its impact on your inventory before you evaluate whether it’s worth running over the long haul.

Google has said that desktop interstitials are coming (how soon, we don’t know), but the interstitial beta is mobile-only.

For now, these will only run on mobile phones and tablets. We’ll keep you in the loop re: similar opportunities on desktop once they exist.

How Do I Turn Them On?

Mobile interstitials are available to all Mediavine publishers now, via opt-in in the Dashboard.

You can access them by logging in, going to Ad Settings, then Optional Ad Units.

Should I Run Mobile Interstitials?

That’s definitely going to be your decision as a publisher. From a pure monetization standpoint, of course we’d tell you yes.

This unit will earn you quite a bit of money and will only help the other ads on your page by improving your overall metrics.

However, all ad experiences must strike a balance of user experience and revenue and we know that involves some subjectivity.

Even though these pass the Coalition for Better Ads and Google Search standards, they also have to pass yours as a publisher.

If you’re comfortable with this user experience, and don’t mind the ramp up period, the new interstitial should be well worth it.