Our company recently reached a milestone in launching the 1,000th live site across the Mediavine Publisher Network.

This was a true team effort, but one that wouldn’t have been possible without the contributions of Brad Hagmann, who joined Mediavine last winter.

Working countless hours to streamline strategies and manage our growth, and making sure every last publisher is taken care of, Brad deserves special recognition. 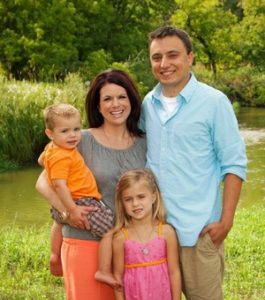 Whether he’s launching new sites, solving problems we didn’t know existed or troubleshooting endless technical issues with publishers, Brad is fantastic at what he does.

On an equally exciting note, Mediavine is proud to announce that we are commemorating our 1,000th publisher milestone with a new initiative, the MVP Loyalty Bonus:

How does this work?

Every year, when a site reaches its anniversary, we will issue a bonus payment. On the 1st anniversary of going live with Mediavine, the publisher will receive 1% of the net earnings from the previous year as an additional payment. In year 2, 2%. In year 3, 3%. In year 4, 4%.

The MVP Loyalty Bonus will continue to increase until a publisher reaches their fifth year, when it caps at 5%.

In each additional year beyond that, the publisher will continue receiving 5% back, every year, on his or her anniversary, for as long as the site is with Mediavine.

This is our way of saying thank you to those who made this the premiere network for publishers and who made the choice to join the Mediavine community.